Cramped in the backseat of the van with our luggage. The sun sets softly behind me beyond this Oklahoma wasteland. This is some burb on the outskirts of Oklahoma City. I feel like E.T. in places like this. This is not home. Home is far away. Everything here is flat as a ruler. Beaten looking people cruise past in dilapidated vehicles, eyeing us suspiciously, warily. Who are we, us filthy white kids looking very out of place? I await a sure and not so swift beating. Blame a brief adolescent period of being pursued and beat by minor thug teenage gangs at the Jersey shore, but I always fear a pummeling at the hands of nameless locals whenever we travel too far from our own comfortable domain. 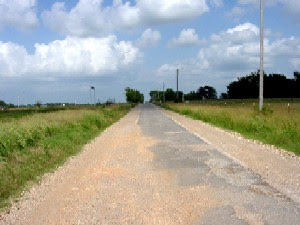 After the show we drive to Phoenix, a drive that promises to last at least 14 hours. Thank Alexander for expert tour routing. Or thank the logistics of touring in this punk rock circuit in April.

Last night was fun. We played at a pizza place in Austin. During the day, it acts as a fancy family restaurant. But when the sun goes down, the tables are removed and the fun rises up. I recall hopping about and falling on a rug so thick and robust I barely felt a thing upon impact. A heavy throng of kids crowded inside for the rock. I saw some old faces from back home, like Rich, still with his distro, and Doug, still, well, still Doug, with his BMX cronies.

Afterwards we stayed with Tom. His cat, Chingy, decided that Billy’s sleeping bag looked just like her cat box and urinated all over it. Of course this evoked unending outbursts of laughter, all at Billy’s expense. Yet the rest of us feared such a fate for our sleeping bags. This caused me to avoid sleep until well after 4 AM. I pulled the blue bag tightly around me, so I’d know if the full-bladdered feline intended to make a bathroom of my bag.

The cat ran amok all night. What do they feed her, crack? At varying intervals, she rammed my leg, jolting me into jittery, nervous consciousness and muttering, “What the fuck, no, get away, don’t pee on me, DON’T FUCKING PEE ON ME!” Eric somehow slept curled up on the Barcalounger. I don’t know he does it. He left his sleeping bag somewhere, and his pillow somewhere else. So he just calls a spot, assumes the position and dozes off. It’s impressive. 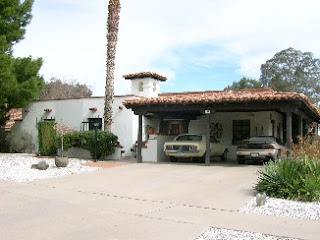 We awoke early, the sun piercing through the window like arrows. Tom allowed us to devour his groceries. Then we went to a post office for Greg to mail off various record label business and us to send out various payments. No, playing in a band does not come for free. Everyone demanded coffee, so we cruised into downtown Austin and settled in a hip café. I had chai with soy, my favorite. The city seems a halfway decent place. The houses boast that southwest/Mexican architecture. Lots of adobe pinks and light browns. I felt alright there.

Jamie made us eat at Mr. Gatti’s, this chain restaurant, which is a buffet of fast Italian food. Supposedly he eats there until he vomits. Thankfully, he did not do so this time. Me, the vegan, blew seven smackers on a plate of iceberg lettuce, pasta and marinara sauce I hoped was meat and cheese free. Later, Tom told me him and Alexander were going to a popular vegetarian eatery. Of course I joined them and blew $10 or so. The price to pay for eating healthy.

The clouds and sky seem nearly upon me in the great big prairie land open of Oklahoma. Why does it fly this low out here? All I see in this region is poverty to the extreme. Ramshackle ranch houses and abandoned buildings rot past the highway.

Otherwise, I’ve slept barely three hours per night. I live off a steady diet of Clif bars and Subway. I need nourishment of all kinds and none of it is foreseeable on the horizon, especially with the desert hours away.
Posted by Casey Boland at 12:46 AM

Good for people to know.