Cactus land and azure sky. We’re on Rt. 8 cruising to San Diego by way of Phoenix. I enjoyed myself last night, which was welcome relief after the miserable night in Oklahoma. Phoenix is beautiful, warm, sunny and relatively clean. We had a great show, with kids having fun. We stayed at a girl’s house, which wound up being an adventure. We could not find her house forever. When we reached her street, she said it was the house with the pick-up truck out front. Every house on the block boasted a pick-up truck out front. We drove slowly, peering into each houses’ front window, looking for any sign of friendly life. As we rolled slowly, silently down the quiet suburban street, we noticed a smaller house lit inside by a dim orange light. Two pointy-eared Chihuahuas stood sentry in the front window. We let out a collective yell upon seeing this sepulchral image, the darkened outline of the devil dogs in the eerie orange glow. They in turn exploded in a loud volley of shrill barking.

Soon we found her house and went inside to enjoy a nightcap of Del Taco. Her roommate, a seemingly nice enough chap, began talking endlessly about sundry topics as if we pulled the string in his back that stretched to Atlanta. He argued with Greg about the futility of learning other languages and ancient history. 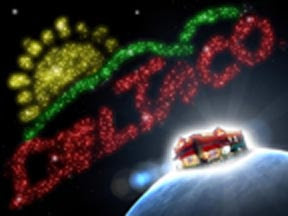 Obviously Greg took great umbrage at such remarks, since Greg received a Bachelors degree in those subjects. He went on to make vague comments about being an environmentalist and about how he did hard time for his activist activities.

The last time we visited Phoenix, we stayed with this girl at her parent’s home. When we pulled up, a kid from the show approached and warned us, “Her older brother is here and he is being really obnoxious.” He added, ominously, “And threatening.” Great, just what we look forward to after our first show of tour, a surly sibling in a strange town. We went inside and there he was, a mammoth loudmouthed drunk ape.

“You guys bring the bitches?” he bellowed as we ambled inside. “You guys all in a band?” Some half-hearted ‘yeahs’ followed. “Then where are all the sluts motherfuckers? Where be them slut pigs?” The situation was growing awkward. “I get to fuck ‘em first motherfuckers, I get to fuck ‘em first!” He chortled heartily at these statements. Some of my mentally swifter associates and I quickly fled to set up camp in a small bedroom. He continued to harass the unfortunate few who remained until his girlfriends arrived. “Alright faggots, my bitches is here. I thought I’d have to slap ‘em around if they got here any later.” Everyone ignored him, not even attempting to placate him with feeble smiles or nervous chuckles. “I’m gonna pork slam them tonight, woo-hoo fuck yeah!” He bid us adieu, “So long homos!”

This, after playing the show an hour after flying in from Newark, New Jersey and traveling to the show from the airport in Phoenix via limousine. It was the only transportation available. We rolled up in front of the venue like we were Styx or something. A dozen kids loitering outside saw who we were, and applauded as we exited the limo.

We’ve just hit an oasis of strip malls on this desert highway. Are we in Yucca? Palm trees line the street. It is warm and gorgeous today.

Believe it or not, I wanted to go to the party last night. Half our crew wound up at a house stocked full of alcoholic beverages, narcotics and avid intakers of all of the above. Ordinarily, I enjoy such “parties” about as much as I enjoy dental work. But I felt like going last night and observing the melee as it unfolded. Way back in the dark annals of our history, we stopped in at a party in Blacksburg, Virginia. That was after the seventh show of the tour. A crew of kids from the show threw a booze-soaked fiesta in their apartment. We stayed for all of five minutes, leaving our intoxicated singer to fend for himself.

We went back to the house we intended to stay at. One of its inhabitants explained to us, “There’s a girl who lives here. She likes band guys. Maybe one of you all can KGB your way into her panties.” We all looked at each other. “KGB?” When Josh and I watched in disgust as the dog shat on the carpet and Greg witnessed the horror growing inside the tub, we made a quick getaway to a nearby hotel.

Do I need to explain what transpired on this tour before I began writing? No, I didn’t think so. But I’ll briefly summarize: We played a bunch of states in the northeast and then shot down to New Orleans. We drove from Harrisonburg, Virginia to N’awlins, 4:30 AM to 8:30 or so PM, eastern to central time. It was indeed hellish. The weather was 95% rain and cold until we hit the south. The northeast is boring but I can’t imagine living anywhere else. People grow friendlier the further south and west you journey.

Now I am surrounded by desert. The sun hammers into me. The mountains look like moonscape. This is amazing.
Posted by Casey Boland at 10:06 PM